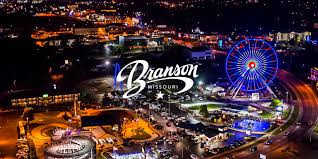 Bus departures to airport from Greencastle, Hagerstown and Frederick

10:00 a.m.           MORNING SHOW: Clay Cooper’s Country Express. Awarded 2015 Entertainer of the Year by the Terry Awards, Clay Cooper has proven to be one INCREDIBLE entertainer! Supported by his cast of 23 veteran performers, Clay celebrates his 30th season in Branson doing what he loves. Don’t miss this high energy show filled with singing, dancing, trick-roping, comedy, and much more! Clay Cooper’s Country Express has something for everyone with great visual effects and a variety of music……old and new country, gospel, patriotic, and rock ‘n roll. This is one show you don’t want to miss!

8:00 p.m.           SHOW: New Jersey Nights. Having sold over 175 million records worldwide- Frankie Valli and the Four Seasons are one of the best-selling musical groups of all times with hit songs as: Sherry, Walk Like a Man, Rag Doll, Big Girls Don't Cry and many more!

Free morning for shopping, etc. with lunch on own.

2:00 p.m.           SHOW: Hughes Brothers. Out of the clever artistry and inventiveness of the Hughes Brothers comes the brilliantly produced “it” show! “it” is a compilation of 30 years of show biz excellence, wrapped up into a single incredible experience. “it” is 50 amazing singers, dancers, musicians, and performers who combine their astonishing scope of talents to create Branson’s Ultimate Entertainment Experience!

7:30 p.m.           SHOW: Jesus at Sight & Sound Theatre. A timeless story of relentless love. From the bustling streets of Jerusalem to the raging Sea of Galilee, Jesus is an action-packed musical stage adventure for the whole family! Join Peter, Nicodemus, Mary Magdalene, and a multitude of others as they journey alongside the most famous person ever to walk the earth. Witness the most miraculous events in history as Jesus sets sail with fishermen and makes disciples out of the least-expected. The lives He touches will never be the same. Experience the greatest rescue story of all time as it comes to life on stage with massive sets, special effects, and live animals in this original stage production.

4:00 p.m.           Dinner cruise included aboard the Showboat Branson Belle. See gorgeous views of Table Rock Lake from one of the most unique vantage points in Branson. Themed after the majestic showboats of the 1800’s, the Showboat Branson Belle takes guests on a two-hour cruise across the waters of Table Rock Lake. You’ll enjoy a delicious three-course meal and an amazing live show!