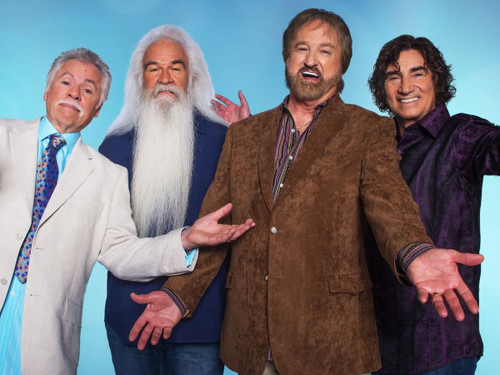 Theirs is one of the most distinctive and recognizable sounds in the music industry.  The four-part harmonies and upbeat songs of The Oak Ridge Boys have spawned dozens of country hits and a #1 pop smash, earned them Grammy, Dove, CMA, and ACM awards, and garnered a host of other industry and fan accolades.  The Oaks bring four decades of charted singles, and 50 years of tradition, to hit songs such as “Elvira,” “Dream On,” “Bobbie Sue,” “Fancy Free,” “American Made,” and “Thank God for Kids.”