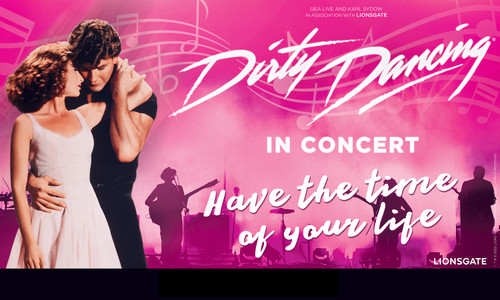 Join us for DIRTY DANCING IN CONCERT, the classic film’s first live film-to-concert experience. Enjoy the digitally remastered hit film like never before on a full-size cinema screen, with a live band and singers performing the film’s iconic songs. With a soundtrack that marked a generation, DIRTY DANCING IN CONCERT promises to bring a thrilling new and unique experience to the 80s classic. Directly following the film, the band and singers will throw an encore party that will surely take you back to the time of your life as you sing and dance along to your favorite Dirty Dancing songs. Immerse yourself in the timeless romance and experience one of the most memorable movies of the past 35 years - now live!